If separating parents cannot agree on who gets the children, Fort Mill child custody becomes the big issue. Parents will fight tooth and nail to get their kids, and this can negatively affect their judgment. At Robert J. Reeves P.C., our attorneys will work with you during your time of need to help you make the best decisions for your child. 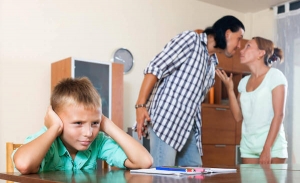 Courts are most likely to award sole custody in Fort Mill. With this type of child custody, one parent receives complete custody over the child. The other parent receives visitation rights with the child. Visitation in Fort Mill often includes alternating weekends, portions of holidays, and a few weeks in the summer. However, we encourage that parents continue to negotiate a visitation schedule that is best for the children.

Courts are less likely to award joint custody in Fort Mill. This type of child custody often works better in theory than in real life. The parents will receive nearly equal physical custody of the child and will share responsibility for making major decisions regarding the child. Thus, this arrangement can be difficult for divorced parents to manage. So, the courts in Fort Mill find it hard to say that joint custody is in the best interest of the child.

Courts in Fort Mill rarely, if ever, grant divided custody. This type of child custody only occurs when there is more than one child. One parent receives sole custody of one or more children, and the other parent receives sole custody of the remaining child or children. Fort Mill courts do not like separating children from each other. Thus, the facts of your case would have to heavily lean in favor of divided custody to receive it.

Fort Mill courts are primarily concerned with the best interest of the child. Judges have a list of seventeen factors that they will consider when making this determination.

Some of these factors are:

Courts DO NOT consider factors such as gender or race. Also, courts do not follow a preference of awarding small children to mothers.

These factors are numerous. However, your Fort Mill attorney will be able to sift through them and your case to make the best argument for you, whether you are fighting for sole custody or negotiating for joint custody.

Sometimes, a grandparent or another third party can ask for custody or visitation of a child. They must prove that they have been the primary caregiver and financial supporter of the child. Also, the child must have resided with them for six months, if under the age of three, or one year, if older.

So, do not believe that Fort Mill child custody is only a matter involving the biological parents. While it may be rare, there are circumstances where three or more parties become involved in the matter. Our divorce attorneys are prepared to work with you on your child custody matter. It doesn’t matter if you’re a biological parent, grandparent, or someone else to the child, we can represent you.

So, call us to speak with a Fort Mill attorney today about your Fort Mill child custody needs and see about scheduling a consultation.