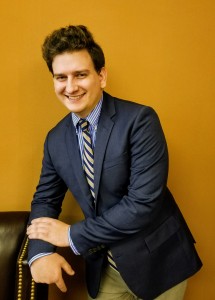 Cody was born in Louisville, Kentucky. After a stop in Indianapolis for a year, his family moved to Charlotte, North Carolina. Cody graduated from Myers Park High School in Charlotte after completing a combination of AP and IB courses. After high school, he pursued a double major in Creative Writing and Spanish at Appalachian State University. After graduating with his double major in the Spring of 2014, he started law school at the University of South Carolina School of Law in the Fall of that same year. While at U of SC Law, Cody became a member of the South Carolina Journal of International Law and Business. Furthermore, while at law school, Cody took courses with a focus on family law, such as Family Law, Advanced Family Law, and an Immigration and Family Law Skills Workshop. He graduated from U of SC Law in May of 2017, and he is now a member of the South Carolina Bar.

During the summers while attending law school, Cody worked for the South Carolina Department of Health and Environmental Control and the South Carolina Center for Fathers and Families. These organizations allowed Cody to become familiar with South Carolina family law and issues unique to the state, from the administrative side of family law to issues that fathers face, specifically visitation and child support. Knowing that family law was an area that he wanted to practice in, Cody tailored his law school experience so that, upon graduation, he could step into the world of domestic law with confidence.

Since passing the bar exam, Cody has worked exclusively in the area of family law. He began by drafting court documents and discovery. However, he quickly found himself in court, representing clients during temporary hearings. Now, Cody has taken point on dozens of cases and understands how to communicate with clients and understands the needs of his clients.

Cody is prepared to fight for your rights, whether you’re concerned with custody, distribution, or alimony. And he will represent your interests with the cool confidence you need to assuage your fears and anxieties. Feel free to contact him via his email or phone numbers listed above to speak with him today.